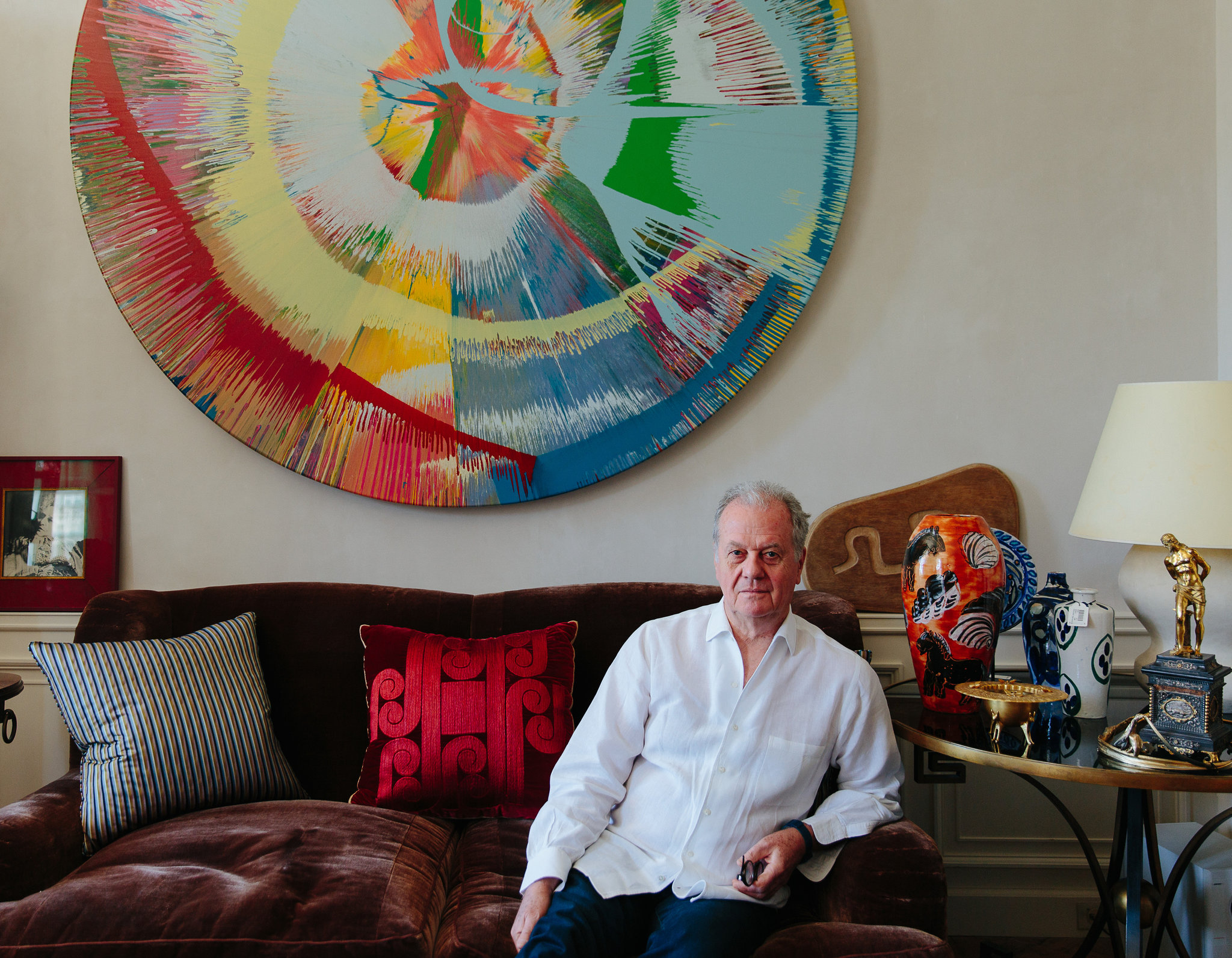 At 73, Jacques Grange is cleaning house. For half a century, the French interior designer has not only created homes for Yves Saint Laurent, Sofia Coppola, Princess Caroline of Monaco and others, but advised his clients on which art and furniture to buy and how to arrange it in a loose, layered style sometimes called haute bohemian. He plays the role of the sophisticate’s sophisticate.

It was Mr. Grange who, working in collaboration with Saint Laurent and his partner, Pierre Bergé, helped the pair accumulate an incredible collection of art and furniture that was sold in 2009 by Christie’s France in what was billed as ” the sale of the century.” It should come as little surprise, then, that all the while, the designer was using his great eye to amass his own world-class collection of modern and contemporary art, 20th-century design, photographs and antiques. He arranged the pieces in surprising juxtapositions in his Paris apartment, which overlooks the gardens of the Palais-Royale and was once the home of the author Colette.

Next month, Mr. Grange will receive for a collector what amounts to a crowning moment, when Sotheby’s holds an auction in Paris on Nov. 21 and 22 to sell 150 lots from his collection. The sale includes pieces by Donald Judd, Henri Matisse, David Hockney, Eileen Grey, Alexandre Noll and, perhaps the highlight, several rare Les Lalanne animal sculptures, including François-Xavier Lalanne’s stunning home bar fashioned from two standing white ostriches.

In July Mr. Grange met for a morning coffee at the Mark Bar inside the Mark Hotel on the Upper East Side to discuss his adventures in collecting and his reasons for selling. He was accompanied by his longtime partner, the Paris antiques dealer, Pierre Passebon, 63. The men move in a rarefied world of clients who have multiple homes to decorate and can afford to drop $50,000 for a Jean Royère sofa. Such is Mr. Grange’s influence in this sphere that it extended to the room he was sitting in. “I did this place. The Mark Hotel – it’s me!” he said, referring to his 2007 makeover of the luxury property. 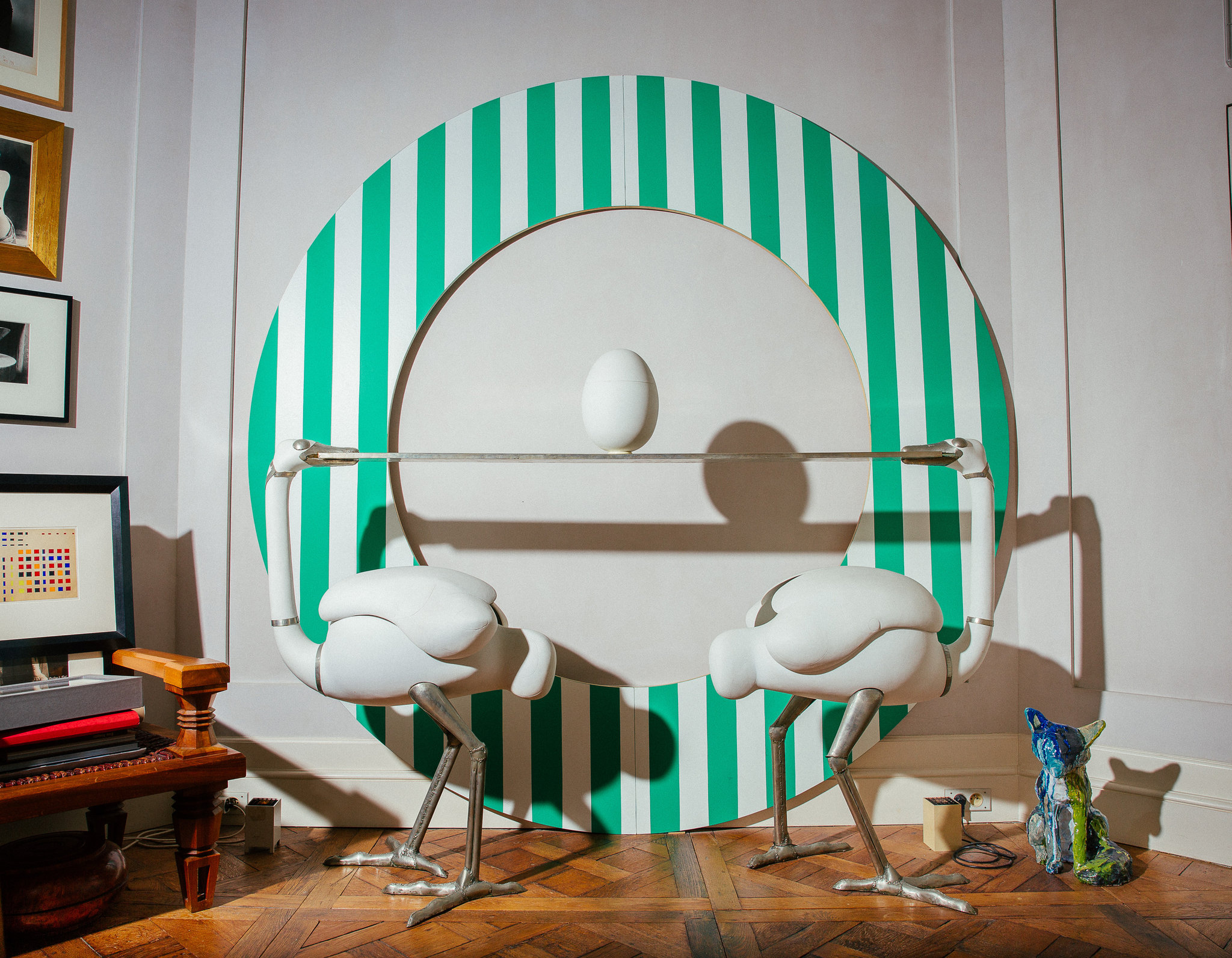 Not long ago, Mr. Grange said, he looked around his apartment and decided he needed to make a change.

“I’m not so young,” he explained. “I have too many things in my home. What I decided is that it’s nice to have a new energy in your life at this time.”

Mr. Grange had a relationship with Sotheby’s through buying for clients over the years, and he mentioned his desire to do a little house cleaning. When the auction house suggested a single-owner sale focused on him, and pushed him to part with prized pieces like the Les Autruches Bar, he was at first reluctant. But he warmed to the idea and he treated the mounting of the sale like another creative project.

“It’s nice to make a catalog, to have a vision of yourself, your collection, to compose it like a book,” Mr. Grange said.

Does this close the chapter on his collecting days?

Knowing Mr. Grange as he does, Mr. Passebon laughed, and said, “It’s the beginning.”

Mr. Grange agreed: “It’s a beginning, a new birth. I can select many new things with this money. I continue to collect.”

The designer’s aesthetic gifts were refined at the Paris design schools École Boulle and Ecole Camondo, and while apprenticing to decorative arts masters Henri Samuel and Didier Aaron. He bought his first significant piece in the early ’70s – an antique painted Nabis screen, purchased at Jeanne Fillon, then a well-known Parisian gallery. Mr. Grange, who was in his late 20s at the time, worked out a payment plan to afford it, he recalled: “I was so proud. I paid every month for one year to have this screen.” (It will remain in his home and is not part of the upcoming sale). 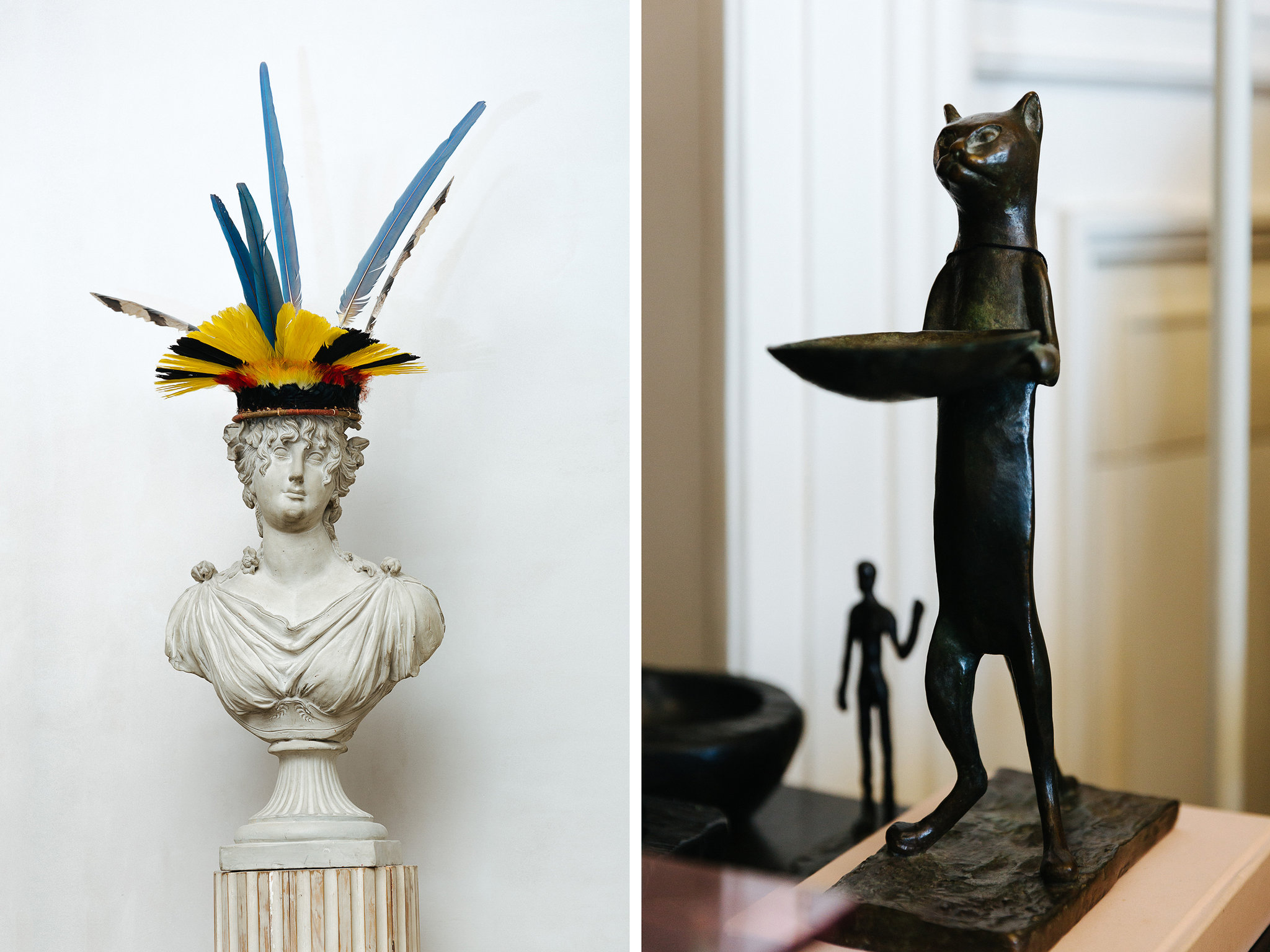 With greater success and renown came the money to collect in a serious way. He developed a passion for ceramics, purchasing pieces by Picasso, Miró and Gauguin. He discovered Art Nouveau and the work of Hector Guimard. He bought a few small sculptures by Diego Giacometti, whose studio he first visited for a client back in the ’60s. Mr. Passebon made him aware of Noll, Royère and others. He was always curious, always buying pieces that delighted him. As Mr. Grange would say frequently to hurry a point along, “et cetera, et cetera, et cetera.”

Always, Mr. Grange showed “an amazing instinct for what work is important and what is not,” said Cécile Verdier, co-worldwide head of 20th Century Design at Sotheby’s, who worked with Mr. Grange on the sale. He also had a knack for recognizing overlooked designers and eras. Along with Saint Laurent and Andy Warhol, he was collecting Art Deco furniture, especially the work of Jean-Michel Frank, years before the market exploded. He never bought pieces thinking of the potential investment, only because he loved them. But it turned out that the things he loved were tremendous investments.

Ms. Verdier believes the items will carry a premium at auction because they were owned by Mr. Grange, who “is already a trademark himself. People like his taste, but they like the warm person behind it.”

Given the designer’s reputation among the global style set, there are plenty of interested bidders, including Aerin Lauder, who met Mr. Grange 18 years ago through her father, Ronald Lauder. She hired Mr. Grange to do her first apartment in Manhattan. She called him “a magician,” remembering visiting antique stores together and the way Mr. Grange taught her to embrace different periods and styles. 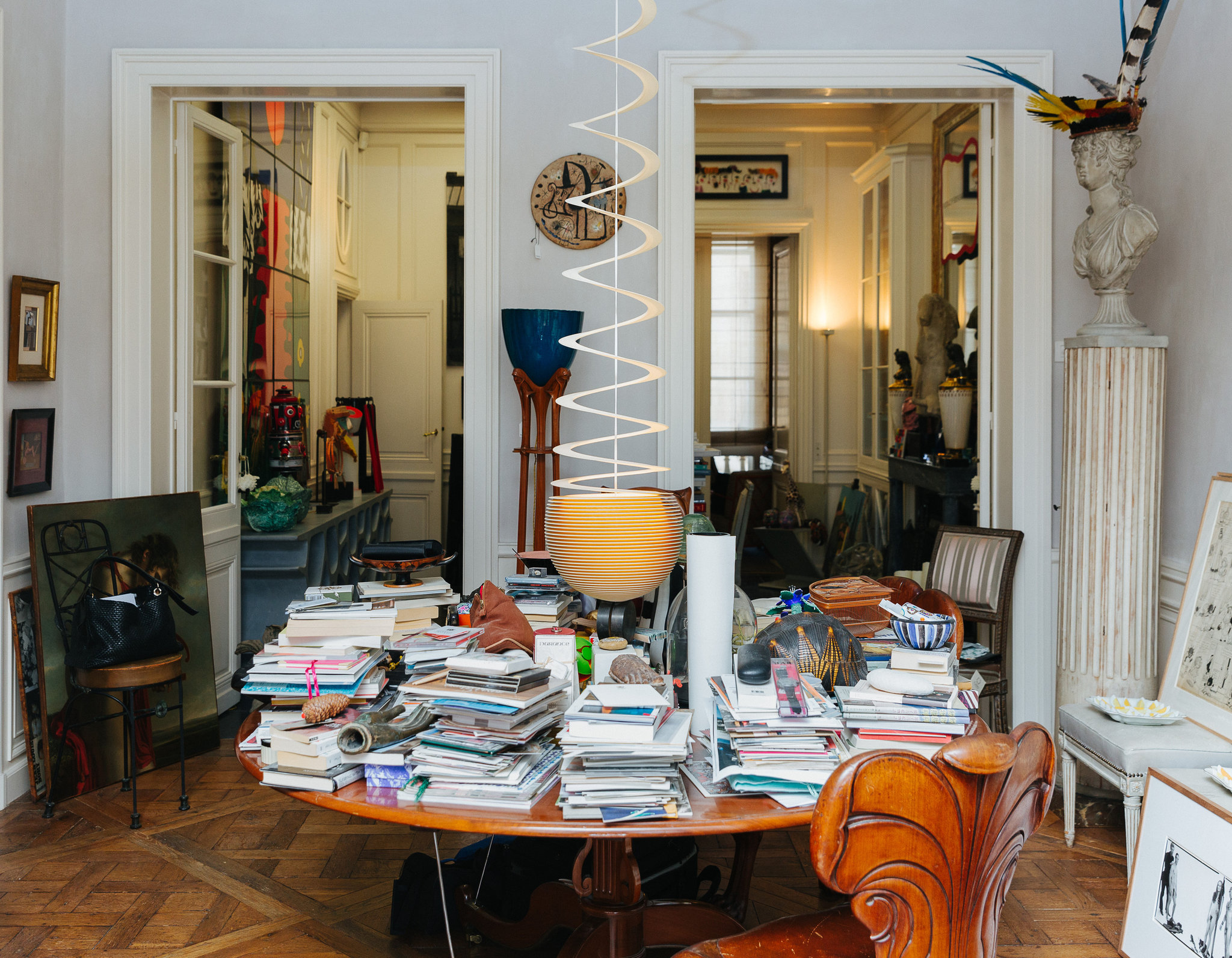 “He’s got such incredible collections,” said Ms. Lauder, who runs her own luxury lifestyle and home brand. “That’s also what’s really fun about Jacques. He finds the most incredible Giacometti table or Ruhlmann, but then he finds a wonderful little ceramic or something.”

The prices fetched in recent years for the 20th century designers he collected stagger him, Mr. Grange said, and have changed the sport of collecting. “Fifteen years ago, you could buy Prouvé and Perriand for a very cheap price. Now it’s impossible. Giacometti became fabulous, so high. There are no rules.”

Lately, Mr. Grange has cast his unfailing eye to Italian furniture and art from the 1950s and ’60s. He’s also discovered a late midcentury French artist whose work is “very interesting,” he said.

What is the artist’s name?

“Nevermind,” said Mr. Grange, the consummate collector, changing the subject and keeping the information to himself. 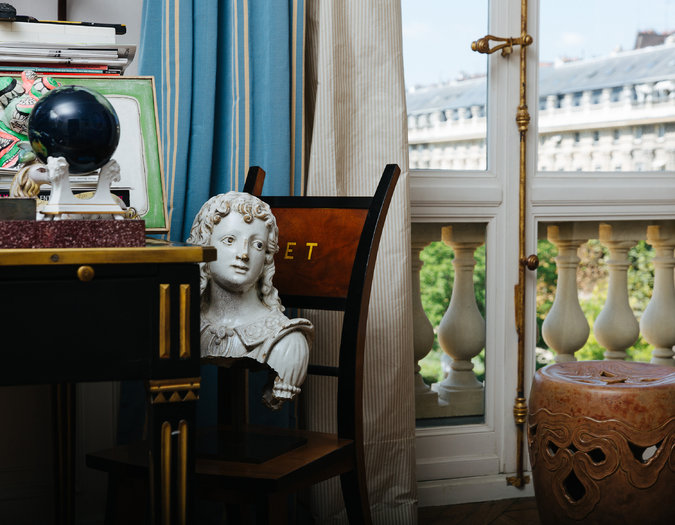 On auction day next month, Mr. Grange said he envisioned himself in a back room at Sotheby’s on Rue Faubourg Saint Honoré, peeking through a curtain to watch the bidding, wondering if his own collection would attract rule-breaking fervor. 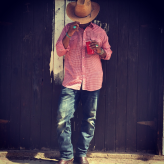 What makes a haute bohemian?

Bohemian Decor :: The “It” Decor For Eclectic Decorating Fusions – Te Esse by Velvet Blending Decor Styles To Look ‘Eclectic’ Rather than MessyAnd what…

What to see at the new Institute of Contemporary…

The 10 Most Stylish People in Dallas – D Magazine

Via dmagazine.com For these 10 men and women, style transcends…

The love of the Animal Kingdom is so beautiful.. the…